FreeBSD on the Thinkpad X260

I recommend using wifibox as a workaround to the stability problems and slow speeds of the current if_iwlwifi driver. Once the FreeBSD driver is stable and complete, you can switch back to it. This change alone should massively increase the stability of the system.

I've upgraded to the Thinkpad X1C7. 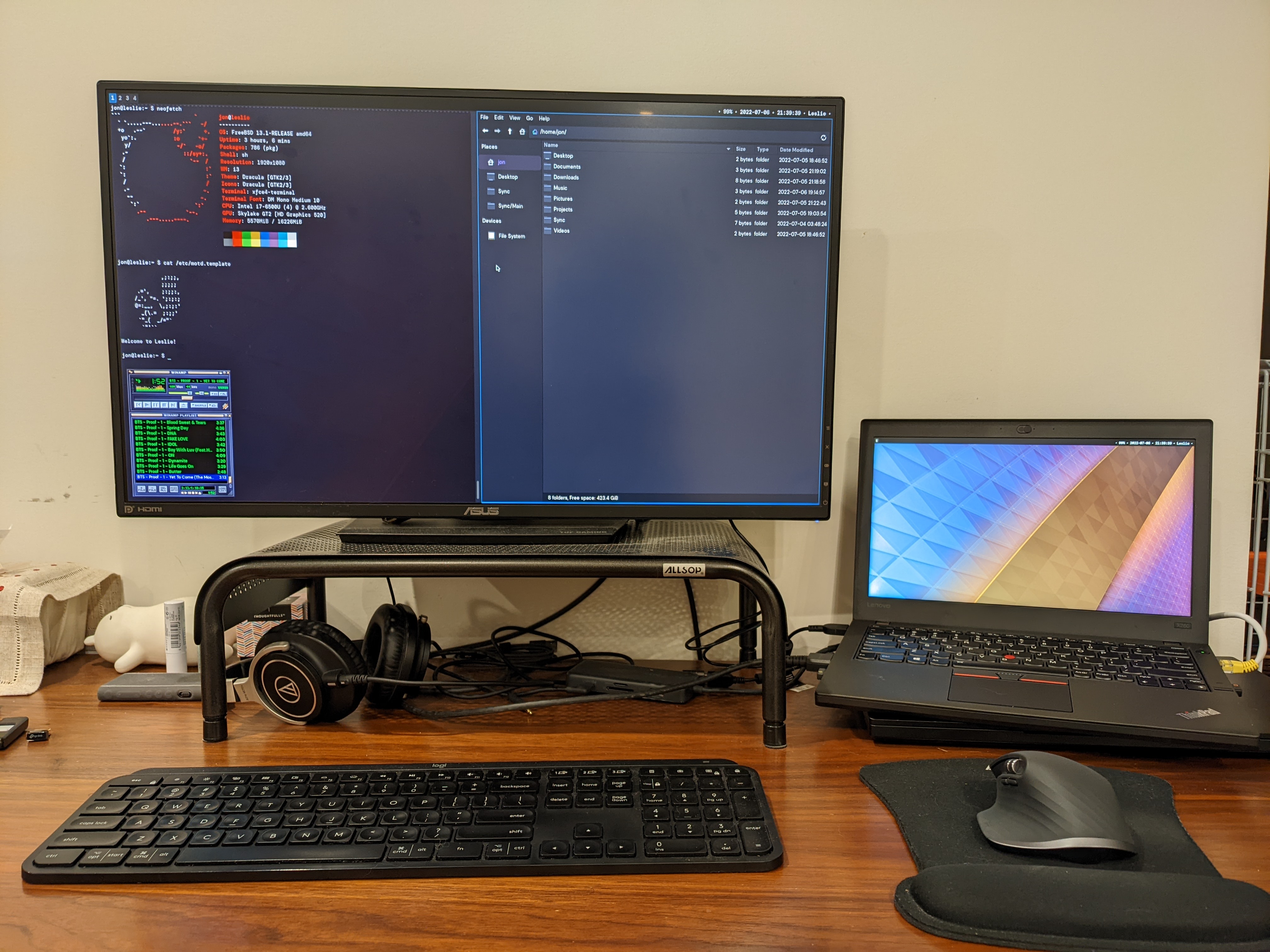 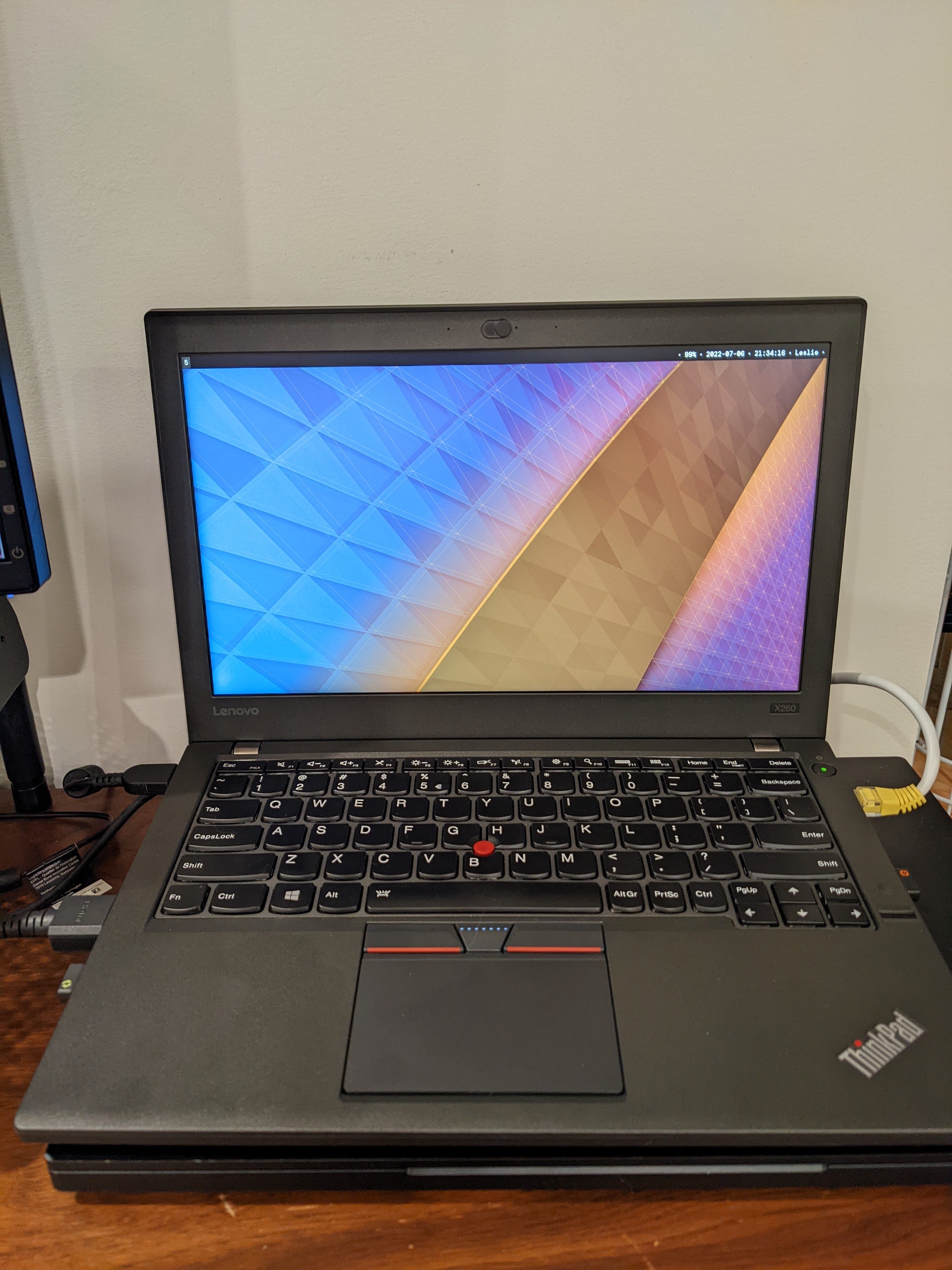 It's hard to believe that after my long fight with the framework laptop, that I would finally have a machine that does everything I need it to do (with some quirks xD) on FreeBSD. Although all of the experience I've picked up while trying to get the framework laptop to work was invaluable to my overall understanding of FreeBSD, and will help me not only on this laptop, but also on my server.

Overall everything works fairly well. You can take a look at the information below for further details and tweaks needed.

The Thinkpad X260 I got came with the following:

After setting everything all up on FreeBSD 13.1-RELEASE and starting to daily drive this machine, I ended up changing the resolution for the internal display back to the 1368x768 resolution (which normally comes on regular Thinkpad X260s that don't have this resolution upgrade.) 1920x1080 on this 12.5" display is just too small for my liking. However, I still recommend getting the screen upgrade if you can solely because of it being an IPS display. The viewing angles are just much better than normal Thinkpad X260 TN displays. If you do use 1920x1080, you'll probably want to run it at 200% scaling lol.. definitely more than 100%. However, since Xorg doesn't support per display scaling (Wayland does), A combination of 1920x1080 @ 100% for my External HDMI monitor and 1368x768 @ 100% for the internal display, is the sweet spot.

The machine also came with an extended battery (48 wh) version which seems to be holding a charge. I bought a replacement 24 wh battery as well (mostly cause it's flatter) but the extended battery is growing on me :).

Since everything is working on 13.1-RELEASE, I don't really need to run -STABLE anymore, but I'll probably do it anyways to help with testing (and possibly get any new improvements - at a risk of course - ZFS <3).

Other components / accessories I've tested that don't come with the Thinkpad X260.

Crash on lid close (while on battery power)

The machine kept crashing on me if I closed the lid while on battery power. (It didn't matter if I wasn't running X and just on console). After researching and debugging, I had to disable intel p state to resolve the issue. Apparently something was introduced in 13.X that broke it, people reported that they were fine on 12.X. You can add the following to /boot/loader.conf:

The pin configuration on my machine were different than the ones posted on the Thinkpad X260 page. I added the following to my /boot/loader.conf:

There may be more combinations you'll want to play with but for now this is the only thing I wanted to tweak for my current workflow.

Below you can see the output of my verbose boot that contains the original pin configuration detected by the BIOS / FreeBSD and the patched version:

The second issue is that you still need to get the gestures (two finger tap (right click), tap to click, etc).

In order to get gestures (scrolling, right click, tap to click, etc) you'll want to add the following into /usr/local/etc/X11/xorg.conf.d/40-libinput.conf:

Xorg crashes after resuming from sleep

I haven't gotten to the bottom of this since I've switched to an X1 Carbon Gen 7, so I didn't have enough time to test this solution on this machine, but someone online mentioned the following options in /etc/sysctl.conf: